WSJ – “If you’re a full-service firm, you’re also thinking about getting that next listing from the owner.” 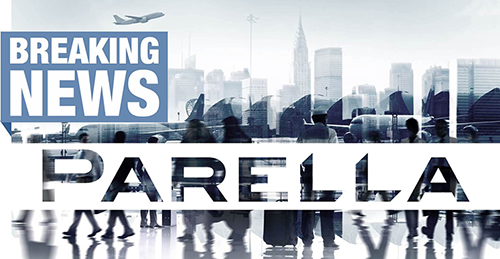 Cresa, a commercial-real-estate services firm that says it is one of the few brokerages that doesn’t suffer a conflict of interest, has hired a former senior executive of Cushman & Wakefield as chief executive.

James Underhill, who had been head of the Americas division of Cushman & Wakefield until late 2014, will succeed Richard Rhodes, who became Boston-based Cresa’s interim chief executive last year. Mr. Underhill says that he will oversee a new strategic plan to double Cresa’s revenues and employees in five years.

The firm is a network of more than 70 independently owned offices throughout the world. Members of those offices, in turn, own Cresa, which only represents tenants and says its competitors who represent both landlords and tenants are conflicted.

“The local ownership focus that [Cresa] had previously was more on building in local markets than it was on executing a master plan for the overall company,” Mr. Underhill said in an interview Tuesday.

Mr. Underhill, an industry veteran who worked at Cushman for about seven years, is taking Cresa’s helm at a time of consolidation in the real-estate services industry. Big firms like CBRE Group Inc., JLL and Newmark Grubb Knight Frank are on acquisition binges.

Meanwhile, Cushman, now owned by a group led by private-equity firm TPG, is widely believed to be planning an initial public offering.

Cresa, which has about 1,000 employees in its network, is looking at ways to finance its expansion through borrowing and “restructuring,” Mr. Underhill said, who started advising Cresa’s board last fall. “They wanted an outsider who had a bigger and different perspective,” he said.

Mr. Underhill declined to elaborate on Cresa’s restructuring plans or how much capital it planned to spend.

But Mr. Underhill said that Cresa “continues to bring more partners into the parent company” and that the firm is “looking at different configurations of the company that would give us greater capital availability.”

Cresa has long contended that real-estate firms that only represent tenants do a better job because they aren’t concerned about getting leasing assignments from landlords on the other side of the negotiating table.

Mr. Underhill said he agrees with that, although he acknowledged that he “probably wouldn’t have given you that response” when he was working at Cushman.

“If you’re doing your job as a tenant adviser, you probably will bloody some noses in the process,” he said. “If you’re a full-service firm, you’re also thinking about getting that next listing from the owner.”

Write to Peter Grant at peter.grant@wsj.com